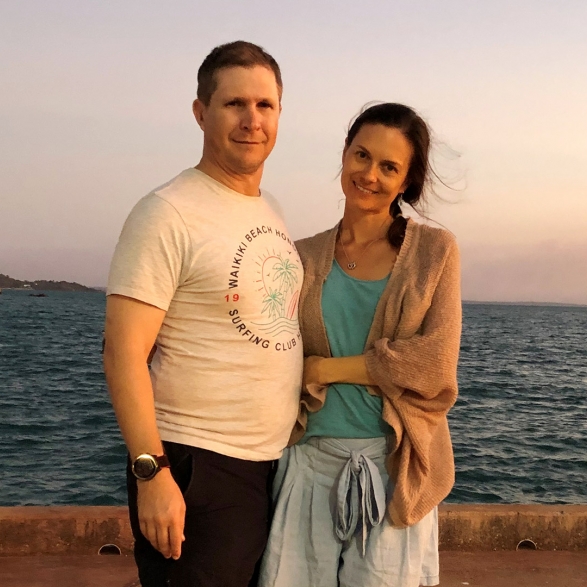 Tim grew up in a Christian family as a “third culture kid” as his father worked for a big international accountancy firm, moving between South Africa, Botswana, England and Poland. Georgie spent her childhood in England and was deeply curious about God, investigating the Buddhist and Hindu faiths whilst volunteering as a teacher at a Tibetan Refugee camp in Nepal. Tim and Georgie met whilst studying at University and Georgie first heard the Gospel at a Christianity Explored course there, becoming a Christian shortly after.

Tim and Georgie went on to qualify as lawyers, working in the City and later moving out to Surrey. They had long supported the work of MAF and felt drawn by God to investigate whether Tim could train as a pilot to serve full time overseas with MAF. In 2010 Tim and Georgie left England for Australia where Tim trained in mission aviation. Since then Tim and Georgie have served amongst the indigenous people of Arnhem Land in the Northern Territory of Australia and also amongst the people of Tanzania.  They returned to England for a brief interlude where Tim taught physics and RE at a local school, returning to serve in Arnhem Land where Tim is now the Chief Pilot of the Arnhem Land programme. Tim, Georgie and their 4 children consider it a huge privilege to serve in this special place and to witness first hand the crucial physical and spiritual help that MAF brings to those in need.