A Man After God’s Own Heart
By Joshua Lim

A man after God’s own heart has often been the catch phrase attributed to king David. It may evoke desires for shaping the character of our own children, our family and even ourselves. However, we may get caught up in the emotiveness of the phrase without understanding its true meaning. For one thing, as Christians, we would surely go astray if we were to look to emulate the character of a man.

The reference is first seen in 1 Samuel 13:14 (ESV): “But now your kingdom shall not continue. The Lord has sought out a man after his own heart, and the Lord has commanded him to be prince over his people, because you have not kept what the Lord commanded you.”

This ‘man after God’s own heart’ is contrasted to Saul who had “not kept what the Lord commanded.” Keeping the Lord’s command is obedience to God.

For context, it was the priest Samuel who spoke these prophetic words to king Saul when he disobeyed instructions previously given to him in 1 Samuel 10:8. Saul had waited 7 days for Samuel to come to Gilgal but became worried when the Philistines gathered and the people who were gathered with him (Saul) began to desert him (1 Sam 13:12). Saul ‘forced’ himself to offer a burnt offering, a priestly duty that Samuel had the God-assigned authority to do. In a misplaced trust in a self-serving act, rather than in God, Saul disobeyed. Saul again disobeyed God when he did not utterly destroy the Amalekites and instead retained the best of the things devoted to destruction to sacrifice to the Lord (1 Sam 15:18-21). God’s word draws out the inner heart of Saul in the statement: “Has the Lord as great delight in burnt offerings and sacrifices, as in obeying the voice of the Lord?” (1 Sam 15:22). We see that obedience is of the highest importance to God. The man after God’s own heart keeps His commandments. God places the highest value on obedience to Him, in doing His will, even in the most testing of circumstances. We will see later who is able to do this perfectly.

The Apostle Paul affirms the man after God’s own heart as king David in Acts 13:22: “…he raised up David to be their king, of whom he testified and said, ​‘I have found in David the son of Jesse a man after my heart, who will do all my will.’’’   It is good to note again: doing God’s will is obedience to God.

…doing God’s will is obedience to God.” 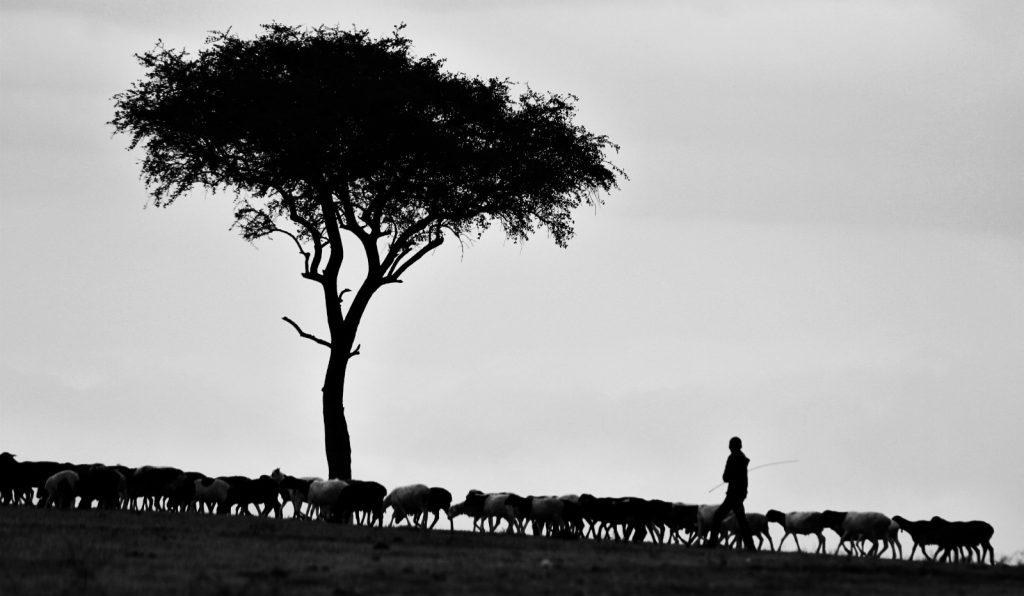 Many scriptural passages could be understood as pointing to king David as a man after God’s own heart. David had a love for God, and delighted in having a heart and mind that sought after Him, attuned to His will. (Psalm 63:8, Psalm 42:1-2). Yet king David was not perfect, he was not sinless. In fact, earlier in the book of Samuel, one could say that God had attributed the reference of ‘after my own heart’ to Samuel, in a sense, a priest after His own heart (1 Sam 2:35). Would Samuel merit this term? Did king David merit this term? No. He committed adultery with Bathsheba, lied and murdered her husband. Yet when his sin was pointed out to him, he was contrite, immediately repented and looked to the only God who could forgive and save him. In this he was doing what God wanted him to do: to turn from sin and go back to Him. For us as God’s children, whenever we are convicted of our sin, we need to confess, to repent of our sin and trust in God to forgive. Read Psalm 51 to witness the heart of king David when convicted of sin.

Like many men of faith in the Bible, the life of king David pointed to Jesus, the one sovereign King who rules over all.  David looked to the coming perfect King, Jesus Christ. He looked to Jesus as His Lord (Psalm 110:1 and Mark 12:36) and to Jesus when he would die on the cross redeeming him from his sins (Psalms 22:1, Matt 27:46). God had revealed this to king David and he delighted in God’s will in many of the psalms that were written.  Can we stand with king David and say ‘the Lord is my salvation’ or ‘the battle is the Lord’s’?

Ultimately, the ‘man after God’s own heart’ can only be one that perfectly obeyed the will of God, weighing matters with the same God-mindedness, and that is Jesus Christ. It was Christ who loved to do the Father’s will (John 6:38), and it is His perfect obedience that resulted in His death on the cross, which was the perfect sacrifice whereby we can be redeemed from our sins.

‘And being found in human form, he humbled himself by becoming obedient to the point of death, even death on a cross.’ Philippians 2:8

As we gather for this Good Friday service, let us come to remember the death of Jesus – in perfect obedience to do the Father’s will, He was made ‘to be sin for us who knew no sin’ (2 Cor 5:21). May we then gather again on Sunday and rejoice in remembering His resurrection.

For those who do not know Christ, it begins with a step of obedience to God in trusting in Jesus, who died for our sins and rose again, reconciling us to the Holy God. This is the saving grace of God. Would you put your trust in Jesus to save you?

Let us therefore seek to do the will of God with joyous delight, having Christ as the perfect example of obedience to imitate. We know we cannot do it perfectly, and we cannot rely on ourselves. It is in Christ we are called, being set apart for holiness in obedience, through the work of the Holy Spirit until the day when we are with Him as heirs of God, joint heirs with Christ – a people ‘after God’s own heart’.

Previous
Christ Our Reconciler
Next
Fellowship in Christ