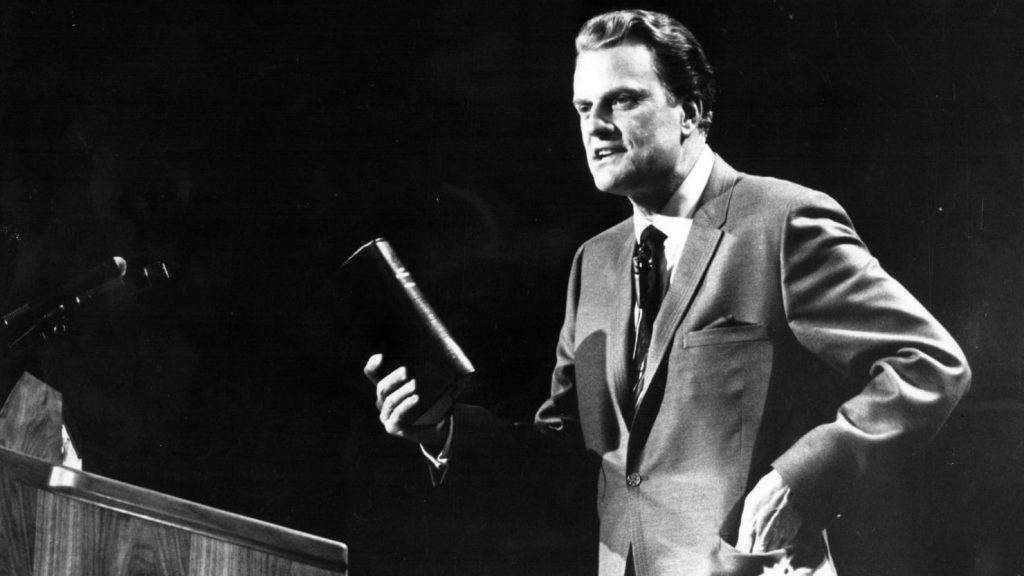 As many of you would have heard, Billy Graham, born 7 November 1918 passed away on 21 February 2018 at the age of 99. Graham once said, “Someday you will read or hear that Billy Graham is dead. Don’t you believe a word of it. I shall be more alive than I am now. I will just have changed my address. I will have gone into the presence of God.” He is now with His Lord and Saviour.

Billy Graham was an American evangelical evangelist. His message was clear and compelling. His message was the good news of Jesus Christ. It is estimated that he preached to almost 215 million people in more than 185 countries. In 1959 he made his first visit to Australia preaching in Sydney, Melbourne, Brisbane, Adelaide and Perth. The location of this preaching and evangelistic visit in Melbourne was the MCG and over 130,000 people were in attendance. Interestingly, this is the largest attendance in the history of the MCG. The next largest crowd was the 1970 Grand Final between Carlton and Collingwood (121,696). Countless lives were impacted by his preaching, and the numbers of people who were saved are immense. It was only this morning that I had the opportunity to speak with Peter Jensen, former Archbishop of the Anglican Diocese of Sydney (2001-2013). At the age of 15, he along with his brother Phillip who was 13, attended a Billy Graham rally. As a result of this, both of them came to the saving knowledge of Christ. There are so many stories that can be told recounting how the Lord used the preaching of Graham in their conversion. Albert Mohler, (Graham preached at his inauguration as president of the Southern Baptist Theological Seminary) recently said, “Billy Graham was a man of deep conviction whose passionate heartbeat was for the gospel of the Lord Jesus Christ.”

Here are a few quotes by Billy Graham:

“My home is in Heaven. I’m just traveling through this world.”

“I’ve read the last page of the Bible, it’s all going to turn out all right.”

“Without the resurrection, the cross is meaningless.”

“Heaven is where Jesus is and I am going to Him soon!”

Previous
The Message of Micah
Next
Christ Cursed for Us